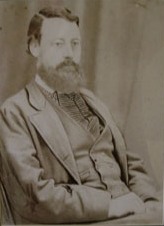 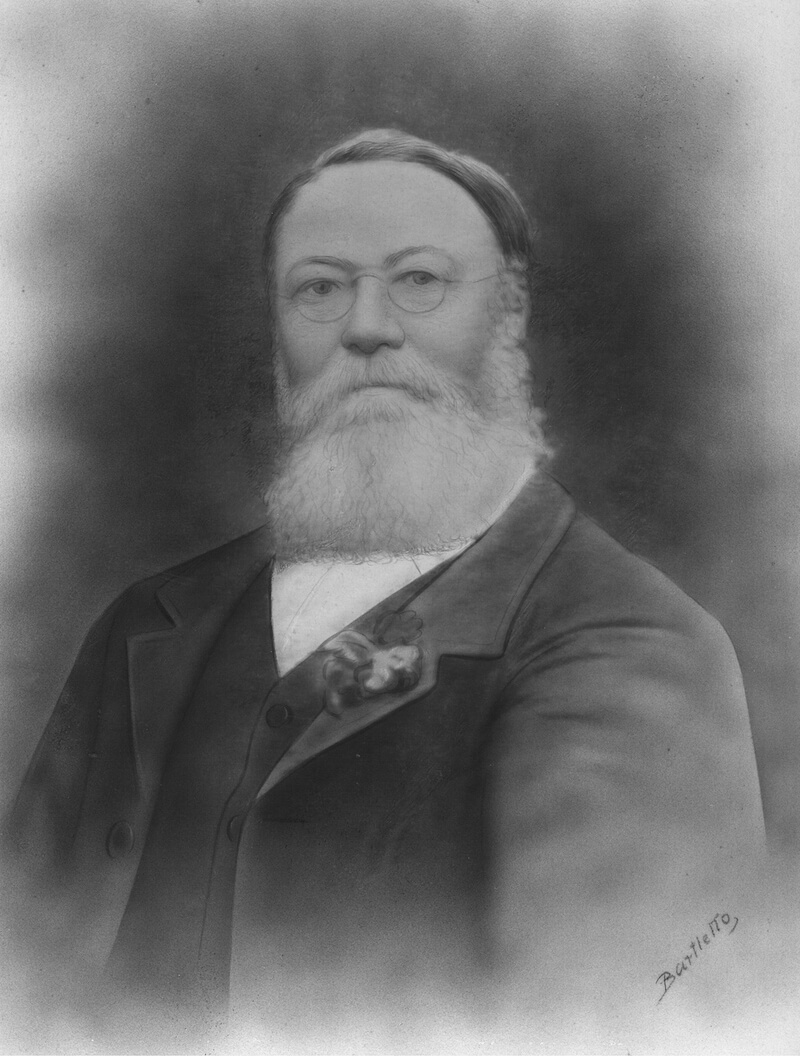 John Stephen Maley, the youngest son of Kennedy and Martha Mealey, was born in Albany on 5 April 1839. At the tender age of ten; Maley was apprenticed to the engineer, Solomon Cook. Maley stayed with Cook for 11 years, firstly as an apprentice and later as a junior partner, gaining valuable experience in design and construction of steam mills and bridges and the operation of steam engines and flour mills.

In November 1860, Maley came to Greenough to oversee the construction and management of a flourmill built on land owned by George Shenton Snr. The Victoria Steam Mill was financed by Shenton and Cook and was working by May 1861.

Maley then turned his thoughts to seeking a wife. Whilst a bachelor could happily camp, a wife requires a home. So in November 1861 he organised the building of a cottage near the mill. John married Elizabeth Waldeck on 27 August 1862 and the young couple moved into their new home.

In 1863 Maley opened a General Store adjacent to the flourmill and by 1867 built another flourmill at Dongara. Maley introduced modern farming equipment to the district and was the first person at Greenough to grow grapes commercially. He also planted a large orchard of fruit trees including olives, figs and almonds.

Maley also worked as an auctioneer, selling the property and possessions of farmers bankrupted after loosing successive wheat crops to red rust. He increased his land holdings in the district, buying farms on the Front and Back Flats. He built and owned the Golden Sheaf Hotel and a brewery in Geraldton. Quite the entrepreneur, he was known locally as the “King of the Flats.”

There were economic setbacks in the late 1880’s when the railway was built on the Back Flats and not via the Golden Sheaf Hotel and the Victoria Mill. In February 1888 the Greenough Flats was devastated by floodwaters and whilst neither Maley’s home nor his mill was damaged, water flowed through the Golden Sheaf Hotel. His biggest losses were the many debts owed him by the struggling farmers on the Greenough Flats.

By 1890 Maley was in serious financial difficulty with the bank pressing for recovery of debts. The store closed its doors, the Victoria Flour Mill ceased grinding in 1891 and the Golden Sheaf Hotel was sold.

A sick and broken man, Maley died in this house on 28 December 1910. He is buried in the Greenough Cemetery. 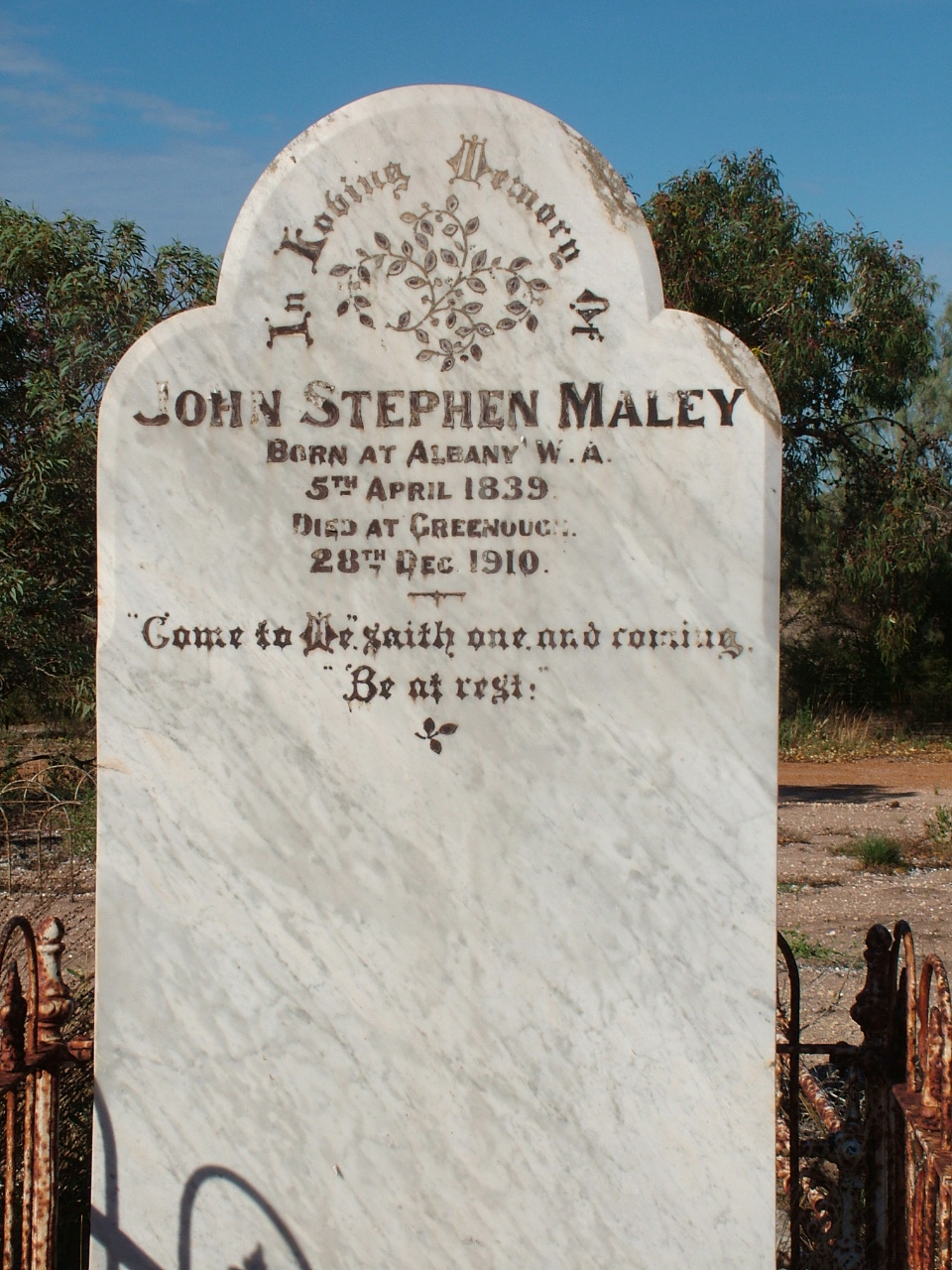 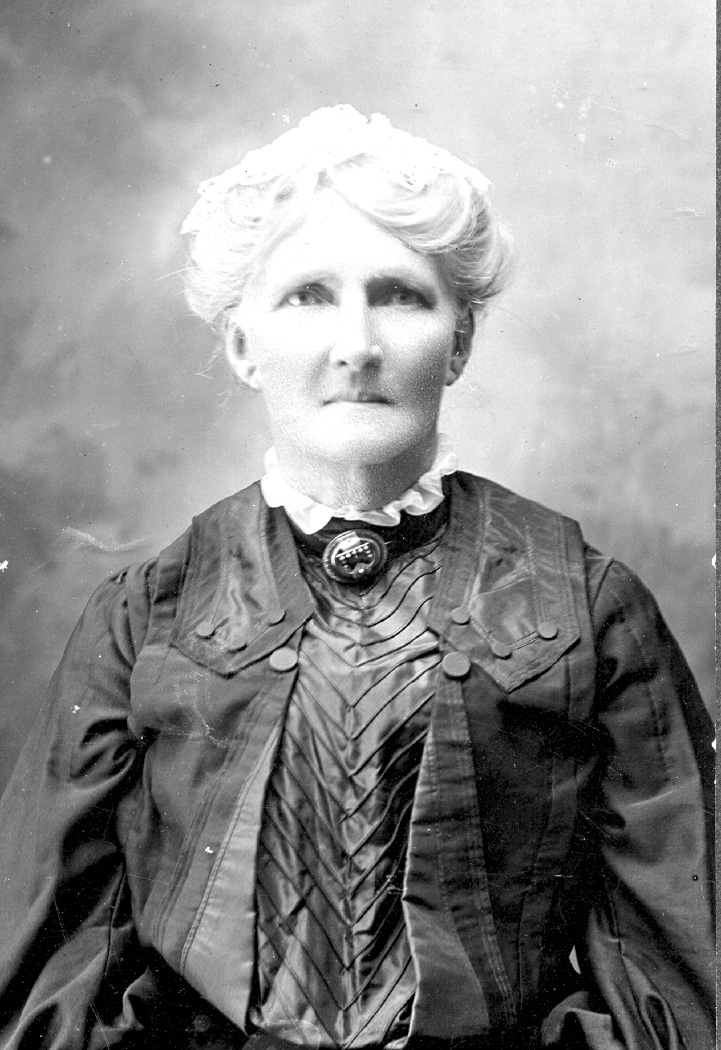 Elizabeth was the daughter of Frederick and Fredericka Waldeck, two German missionaries who migrated to the Swan River Colony in 1836. Elizabeth was born in Perth on 14 May 1841. She was the third of eleven Waldeck children, and has the distinction of being listed as Birth No. 1 in the Western Australia Birth Register that commenced that year.

Frederick later abandoned missionary work to take on the more profitable trade as a tailor in Perth. In their desire to settle their sons on farms, the Waldecks bought land at Central Greenough. Before the family moved permanently there in late 1859, Elizabeth would accompany her father on trips to their Greenough property. Mount Pleasant, the Waldeck farm, is located close to the sand hills directly west of the Central Greenough village.

Elizabeth soon caught the eye of an eligible young engineer, John Stephen Maley. The couple were married on 27 August 1862 and moved into Home Cottage. The couple’s first child, George was born on 3 June 1863. John and Elizabeth were to have another 13 children. The last, Grace Alma Kniest was born on 24 July 1883.

As well as raising her large family, Elizabeth also had to oversee the flourmill, general store and farm whilst John was in Perth or the Eastern States on business. These were often uneasy times for her. She was to write in her diary, “Anxious this day, looking so earnestly for one so dear… my weak heart overcame… I had a good cry.” However, whilst her husband was away, Elizabeth could always rely on the support of her brothers and sisters who had also married into local families. When John was at home, the couple had a busy social life. Elizabeth, who had a very fine singing voice, was often called upon to sing at church fund raising concerts.

Elizabeth was a keen gardener, growing cut flowers for the house and vegetables for the kitchen. She was also famous for her prize winning jams, preserves and pickles and the cellar was always kept fully stocked.

Elizabeth died on 22 August 1917 in Geraldton at the home of her daughter Ada Whitfield. She is buried in the Greenough Cemetery. 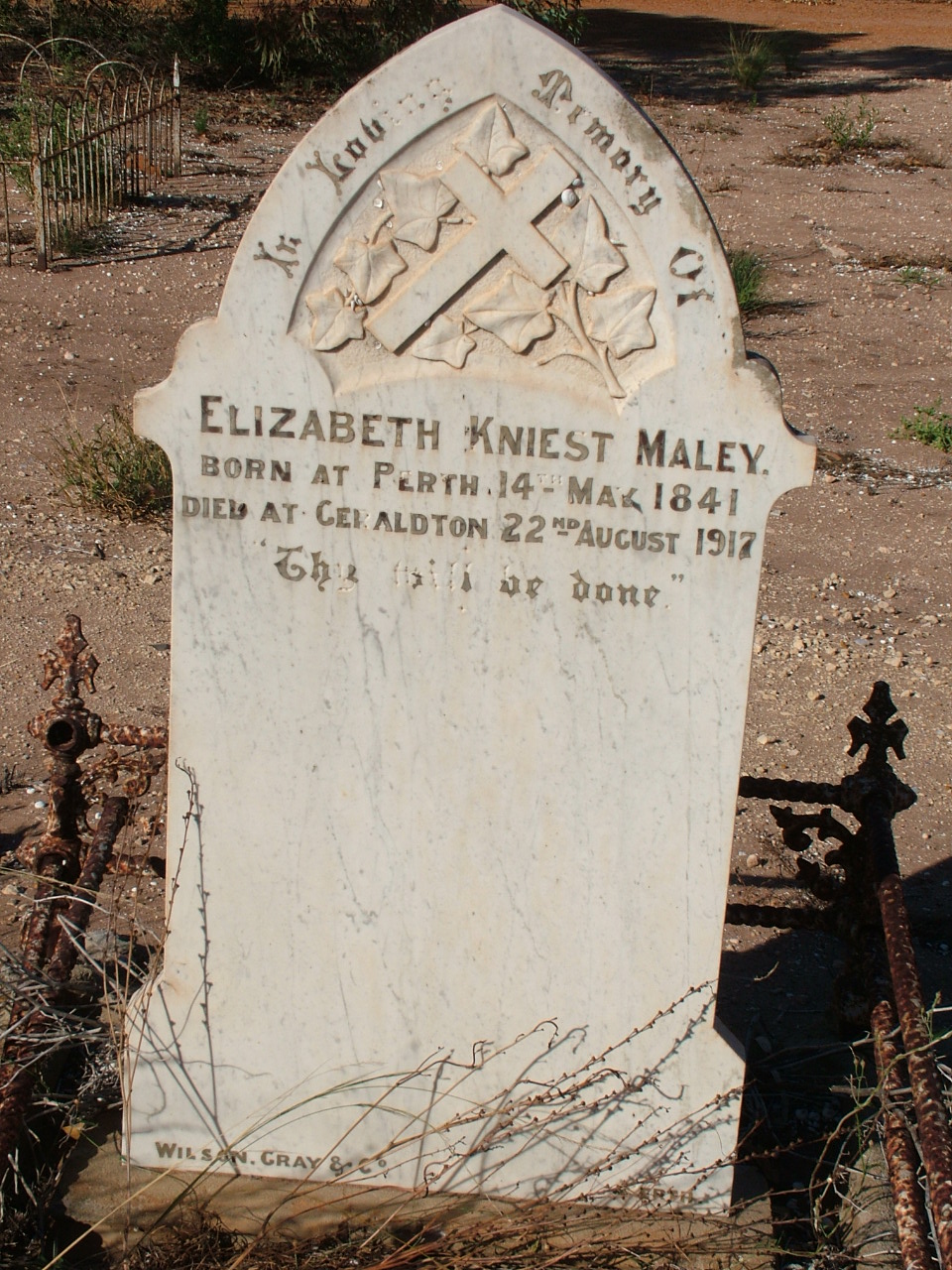